Tears Stream Down Your Face 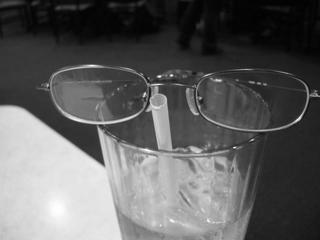 The day was geared up to be an amazing day. I spent a little time with my mom in the morning. Went back to the old high school to get a taste of nostalgia. Had a birthday lunch at Ruby Tuesday provided by my boy Jason. Relaxed a little. Then I prepared for the drive.

I had driven there only once before from Orlando and it was when I first got my license. Back then I could have sworn it took at least three hours to get there. The radio in the '91 Stang struggled. For any kind of continuous music entertainment I would have had to bust out some of the old 80's Arena Rock cassette tapes my aunt and uncle owned for there was no CD player to be found. Nonetheless, it was the longest journey I had embarked on and one that shall forever remain close to my heart.

This time driving to this destination--this final destination--was seemingly much quicker than I had anticipated. With many miles in the dust over the course of these past six years, I realized that the city beyond the horizon was actually a faster drive than to the haven known as Gainesville. I knew I could get there in an hour and a half and not have to worry about facing any felony speeding charges.

The city beyond the horizon has lost its allure.

But in this case something special was to occur. Patrons from all over this fine state were traveling toward this one magical location in order to see a performance that had the potential to invigorate and inspire. As the numbers on the milemarkers dwindled to 60, then 55, then 50, my mind drifted everso softly into a world where only finely-played instruments and beautifully-written lyrics could be heard. Growing less and less aware of my surroundings and more and more fond of the sweet lullaby prancing around in my head, I found myself abruptly brought back to reality when the hard, pounding techno beat from my phone began to ring.

'Twas a gentleman who had made the decision many a month ago to travel from a different location in order to converge paths with me at the same city to witness the same magical performance. One word was all I understood from this poor soul's mouth:

Everything else became muddled and highly indecipherable. Yet the one word resounded.

"WHAT??? I CAN'T BELIEVE THIS!!! WE WAIT ALL THIS TIME AND GET ALL EXCITED TO GO AND SEE THEM! AND IT'S POSTPONED!?! FLABBERTOMJECTORY! GRASSBLISHEMSHIRE!"

The band has yet to let the fine patrons who were to be in attendance know when they shall make up the day and provide for us the joy that was siphoned out of our insides and absorbed into the desert sands of life. 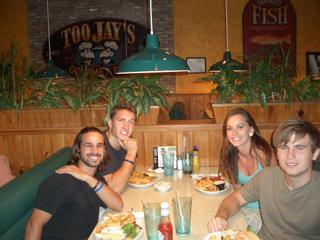 Well that was dramatic and fun to write. I hope you found it somewhat comedic. The rest of the story reveals that we all decided to go to the "city" anyway. I met up with Zach, Stephanie, and Kent at a thrift store. They made some very interesting purchases and then we decided to go get some grub and walk around for a bit. I was a bit off that night. The best word to describe it--uncomfortable. Or maybe...

Much love in His grace.
Posted by Unknown at 9:20 PM