What was intended for evil...

I began writing this post on November 3rd.
Today I attended the funeral of a brother in my fraternity. Tom Brown was murdered this past weekend in Jacksonville after the Florida/Georgia football game. For a reason still unknown, five young men--4 from Jacksonville and one from Ponte Vedra--attacked him, three of whom held him down while two continually beat him. He died at the hospital an hour later.

It was senseless. No reason could justify why these guys acted in such a brutal way. And as a result of their depraved minds, many of us have lost a great friend and role model. Tom was an amazing guy. He loved to work hard; he had a passion for it. He was constantly working on his car, fixing it up and doing everything on his own. He was constantly looking at ways to fix up the house and bring it up to and above the standards set by the University. Moreso, he cared about people and loved them with a servant's heart.

He was the type of guy I have always looked up to. He was action first, talk after. If he didn't know how to fix something or build something, he would learn. He respected hard labor and enjoyed the fruits of it. Money was never his incentive. We will all miss Tom dearly... 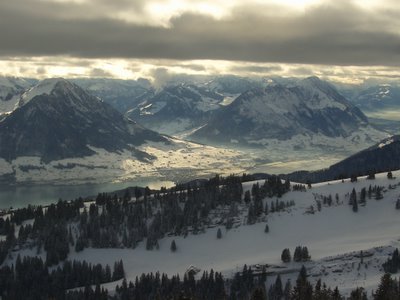 "As for you, you meant evil against me, but God meant it for good in order to bring about this present result, to preserve many people alive."
-Genesis 50:20-
And oh how the Lord is using Tom in ways he never thought possible. I traveled up to Gainesville in response to the Lord's tugging on my heart. I didn't know what to expect, but I was hoping He would use me in some way while I was there. About nine of us had a discussion that night about death and how it gets us thinking about important things, like life and God. One of them, my old roommate who is also named Tom, said "I never thought about the question, 'who am I living my life for--God or myself?' and I admit that I am living for myself." This was a breakthrough for him as he had spent most of his life trying to do the right thing and then would end up feeling guilty when he couldn't. He thought that was the way to please God, by doing good.

He and I ended up meeting with each other the following night at my favorite coffee shop in Gainesville. With the hope of the Spirit we began talking about God's love for us and how sin separates us from God. We began going through the Bible and I challenged him to really read it and try and figure out what it was saying. A key passage that we read was Ephesians 2:1-10 that stresses the transformation that occurs in our life as a result of God's great mercy and love through His Son, Jesus Christ. The verses we really emphasized were 8 & 9:


"For by grace you have been saved through faith; and that not of yourselves, it is the gift of God; not as a result of works so that no one may boast."
As he read this verse he began to realize that salvation does not come through the works of our hearts or the intentions of good that we have, but can never live up to, but rather that God has given us the gift of Jesus Christ by grace through faith. Tom's eyes were opened up to the reality that he could never do anything on his own accord to please God and earn his salvation. In those moments he began to experience a freedom he had never known before. I told him that he should go home and pray over this, confess to God that he is a sinner, ask for mercy and open up his heart to Jesus Christ, so that He may come into him and begin an amazing work through His Spirit.

And Tom did just that...PRAISE THE LORD!!!

It has been great to talk to him over this past week as he has been reading the Word, asking questions and growing. I am so excited to see what the Lord is going to do in his life over the coming weeks, months and years as he embarks on this walk that is so trying but so joyful. I have been lifting him up in prayer daily and trust in the Spirit's awesome power to sanctify him and reveal to him all the joys and wonders that Christ offers. Thanks be to God for His salvation in Christ Jesus.

By the grace of Jesus Christ I write this news to you all.
Posted by Unknown at 8:40 PM