A Father of the fatherless...

I just finished reading "To Own a Dragon" by Donald Miller. A book of reflection, Miller recalls what it was like to grow up without a father, the impact it had on his life, and how God is the Father of the fatherless. Of couse this hit home with me in a variety of ways considering I too grew up without a dad. But I was talking with a buddy of mine the other day and I confessed that the concept of parents or even a parent is foreign to me. As much as I may be able to get a glimpse of those who grew up in a home with a mom or a dad or were blessed with both, I will never be able to understand that world from a son's perspective. The impact of growing up without a father is greater than I have allowed myself to realize and I am sure that in many ways I have yet to address of the issues associated with it. I have always thought about how I was different than others, how my growing up without a mom and dad affected me, but I never thought about digging deep down to see if I was living unhealthily.

Miller used statistics that don't apply to me even though they are the majority. I always did well in school; I was liked by my peers (for the most part); I was actively involved in groups, organizations, and leadership; and now I am developing a better sense of self-responsibility. I do know, however, that there are underlying thoughts and behaviors and motives that reveal insecurities and a lack of confidence, both of which D Mil attributes to not having the affirmation of a father. I do not believe in my leadership abilities, in the gifts God has given me. I work hard and I play hard--when there is no pressure of the success of others weighing on my shoulders. Here is an example:

I was playing basketball yesterday and started off strong, confident. I made a running jumpshot, then I went on to split two defenders and get an assist. In those brief moments I shifted from just another white boy on the court to being called Steve Nash, last year's MVP of the NBA. The team began to depend on me to create, break down the defense, score and dish, think and win. And though I continued to play decently, I could sense the change inside, as if a voice began to creen in, saying, "Do you think you can really lead?" I got an outlet pass and was driving for a layup only to worry more about my defender than my goal--the basket. My head had distracted me and I missed. We ended up losing the game, 11-9, and I walked away wondering how.

I am growing to learn--through examples like this one and with the help of this book--that I have yet to discover the truths of who I am as a child of my true Father. I have never had an earthly father and that is okay. I wake up in the morning, live my days, and I rest at night; rarely does the reality of never having a dad affect me consciously. I have never really had a mom either, except for my Auntie who is more like an older sister. Again, that is okay. It has to be okay. If it wasn't, I could never be a functioning member of this society or more importantly of the body of Christ because I would be too busy pitying myself. So where does that leave me?

I am in the process of discovering the answer, seeing who I am as a man--a man of God. How blessed I am to have the only Father I will ever need and my prayer is that I will grow to see Him more in that light! I have learned that to the degree I see God as my Father that is how well I will see myself as a child who is loved, a son who is adored, and a man who is cherished.
Posted by Unknown at 2:07 PM No comments: 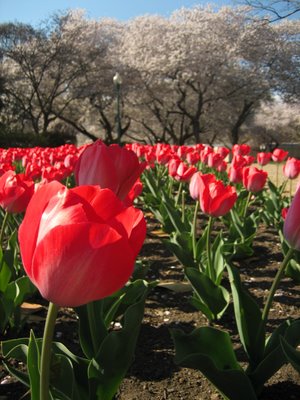 There are many ways in which
I may die;
Leaving this world and all my
possessions behind.
But one truth remains which
gives me comfort and peace,
The truth that has come to
set me free--
That is though death may come
to me in variety,
Life is real and in complete
Unity
For I am found in Christ,
in Christ alone.
And He lives for all eternity.
Posted by Unknown at 2:32 PM No comments:

As I walked around the house this morning I looked outside and saw the beatuy that is Your creation. My eyes fell upon the wonders of birds and their rhythmic chirps, trees and bushes that seemed to define the color green, and a light that pervaded everything I saw. And as a world of people tries to explain and understand them, as we try to figure it all out (because if we have it figured out we believe we can control it), we forget about the mystery of it all. Whether "it" be nature, relationships, communication, emotions--all these are mysterious to us in their essence. But as we continually seek to satiate our desire for knowledge and power, the mystery becomes buried with our "how to's" and fruitless explanations. We dissolve the beauty and true meaning of all with which we have been blessed.

Fortunately we are human. By God's grace everything once again can become mysterious, unknown, and truly beautiful to us by one simple question--"what?". This echo from Tozer and others before him remains as true today as it has in eternity past. The truth is we are all reduced to babbling infants who have no real words to describe the essence of anything that we know exists. From gravity to love, we have spent hundreds of years attempting to define and describe and discover that which is undefinable, indescribable, and undiscoverable. As much time as we explain how gravity functions and the purpose that it may serve, we can never tell anyone what gravity is at its deepest core. With love we see it in action; we have poetry, countless songs and movies, marriages and children born as a result of love, but we do not know the essence of it (except for maybe the beautiful simplicity of Scripture stating God is love). Therefore, if we do not know the essence of these, how could we ever begin to know the true essence of God Himself?

As gravity and love are completely mysterious to us, we must concede to the fact that God is all the morel. He has chosen to reveal what He desires. Nothing more, nothing less. Just enough for us to faithfully depend on the most celebrated of all mysteries--the resurrection of Jesus Christ.

This is my prayer to You: That as I live in this world and experience the great mystery of love, I may also live, walking in the glorious mystery of Your resurrection. I believe, Lord, help my unbelief.
Posted by Unknown at 2:13 PM No comments: