This "Day" in Chicago History

In case you've been keeping up with me at all, you know that I am making somewhat of a concerted effort to know the beautiful city of Chicago a little bit more as my time here progresses. I have done a few things to encourage that: I went to the Art Institute, hit up the annual Jazz Festival, and most recently went to Cubs game this past Friday (sadly they got destroyed). Adding to this I have watched two classic films that have featured the city--Ferris Bueller's Day Off and High Fidelity. The process is slow, but I have a few other things in the works.

One thing I have decided to do is read at least an article a week on something that happened in Chicago that has helped shape it into the city it is today. Fortunately for me, the The Chicago Tribune has compiled a series of articles marking important events in the city's history over the last 150 years! My hope is to find something on the exact day I post these notes, but if I cannot, the article will pertain to something loosely associated with the "day." Most of the articles will be from contemporary journalists looking back on that certain day, though I hope to produce some originals as I develop my research skillz.

The Chicago Seven trial and the 1968 Democratic National Convention 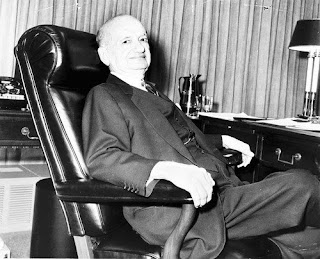 Everybody knew it would be interesting, the trial of eight people charged with conspiring to incite the riots that erupted during the 1968 Democratic National Convention in Chicago. How could it not be, with a cast of characters that included hippie leaders Abbie Hoffman and Jerry Rubin, Black Panther Party leader Bobby Seale, activist ideologues Tom Hayden and Rennie Davis, old-time liberal David Dellinger, and strict and conservative U.S. District Judge Julius J. Hoffman?

But nobody knew as the trial began on this morning that the trial would drag out over 4 1/2 months and disintegrate into a chaotic shambles that came to symbolize the widening gap between generations cleaved by the war in Vietnam.

Beginning as the Chicago Eight Trial, it quickly became the Chicago Seven when Seale, after loudly disrupting the trial when he could not have the lawyer of his choice, was at first bound and gagged in the courtroom and then severed from the case for a later trial, which never occurred. Judge Hoffman, a stickler for courtroom decorum, was challenged daily by the defendants, especially Abbie Hoffman, who called the judge "Julie" and once entered the courtroom wearing judicial robes, which he threw to the floor and trod upon. The trial became a three-sided war involving the defendants and their lawyers, William Kunstler and Leonard Weinglass; the prosecutors, Thomas Foran and Richard Schultz; and the judge.

That war extended to the streets as well, with almost daily demonstrations gathering in the South Loop. On Oct. 11, a Loop rally turned violent in the notorious Days of Rage riots, when members of the Weatherman faction and other anti-war groups ran amok in the city streets, breaking windows, fighting police and leaving an assistant city corporation counsel, Richard Elrod, partially paralyzed when he tried to seize a demonstrator.

It ended with the jury deciding that five of the defendants-- Rubin, Hoffman, Hayden, Davis and Dellinger--had incited riots but had not conspired to do so. Defendants Lee Weiner and John Froines were acquitted of all charges. But Judge Hoffman sentenced all seven defendants and two defense lawyers to contempt-of-court jail sentences.

Eventually, all of the contempt sentences and the riot charges were either dismissed by higher courts or dropped by the government. At the time, it was the Trial of the Century, but in the end, the Chicago Seven Trial seemed to mean nothing at all.

By Robert Davis, Chicago Tribune
Posted by Unknown at 8:17 PM