Nobody Knows Me At All 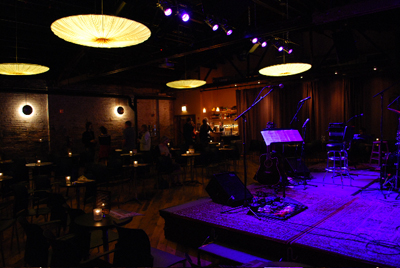 Two weekends ago I went to a concert with some friends to hear a band called The Weepies. The Weepies are described as a “pop folk” band who have developed a pretty strong cult following for a combination of their chill, coffee-shop sound and their mesmerizing harmonies of the husband (Steve Tannen) and wife (Deb Talan) vocals. The venue, Space, was intimate (as in dozens of fake candles “lit” all over the place) trying to create an environment that the 200-plus people there were close friends.
The concert lasted about 90 minutes. I honestly was a little disappointed about the length. However, I loved hearing the background stories of some of their more popular songs. A song called "Riga Girls" is about a time when Steve actually clicked on one of those spam links in his e-mails and it took him to a porn site (surprise surprise). Deb walked in moments later and "caught" him. They talked it out and wrote the song about how false of a world it all is. The lyrics make a ton more sense:


Just a little bit of snake oil, tin foil
It takes so little charm to keep you hanging on
But it's a facade like the sky, like the moon, like your eyes

Yet it was a song I didn’t know that grabbed most of my attention. It was called Nobody Knows Me At All. Here is one verse from that tune:

What I was most surprised by was that out of all the songs they played that night, this was the one that people knew the lyrics to the best and sang the loudest along with the band. It is a song about being alone and being unknown in the middle of crowds and the flow of life. There was great irony in the sea of dozens of people from all walks of life joining in one voice to proclaim their “unknown-ness.” The tone of the song is lighthearted as if being unknown can make you “happy as a clam.” It is a stark contrast from the same theme found in Billy Joel’s Piano Man as he sings, “They’re sharing a drink they call loneliness/but it’s better than drinking alone.”

I can’t help but think that this airy sound couched in smiles as each word is sung covers over the true loneliness of being unknown. Furthermore, this is a husband and wife duo, two people who should know each other in every sense of the word. This is in fact how we are made - to know and to be known. Whenever people say, for example, “he knew her in the biblical sense” they speak of the sexual connotations found in verses like Genesis 4:1, where Adam “knew” Eve and she bore Cain.

The word carries the strong sense of intimacy that is not lost on our relationship with God. To be known by God is to be known in the most intimate of ways. This is why the marriage motif is so strong throughout the Bible, especially in the Church’s relationship to Christ. Ephesians 5:22-33 shares that marriage on earth is but a reflection of how the church relates to Christ, drawing on the narrative of Adam and Eve’s consummation when the “two became one flesh.” This is, as Paul says, a profound mystery. Though a mystery, the theme of intimacy and being known by God is traced from Genesis to Revelation, from first creation to New Creation. It is in this that we see our knowing God and being known by God being established, being lost in our sin, and being restored in Christ. God has created us for intimacy with Him and with each other. We are made for relationship. We are made to be known.

Are you singing a song like this? Do you feel like nobody knows you at all despite being surround by a few friends or hundreds of acquaintances? I can’t help but want to join in their song because I know what it is like to try to find solace in my loneliness, but I can also stand alone in silence with joy in my heart because I am known so deeply by my God who created me for him. Do you know him?