A Sweet Tip and a Fun Lesson From Our Cash Journey

As you jump into the budgeting and saving experience, I thought I'd share two stories from our personal journey that highlight what can happen as you take these steps. Highs, lows, and a great bit of laughter:

Put That Cut Up Card On Display!
Dave Ramsey is a major proponent of stopping the use of all credit cards. He makes a compelling case that our current financial system is built on the false promise that you'll have the money later, so just pay later. We experienced this first-hand when we not only stopped using credit, but cancelled all our credit cards. We started running into some walls later when we needed to run credit reports for certain purchases. Like I said, our society is a plastic society, but more than that it's a credit society. The great irony is that you may be perceived as less trustworthy if you have no debt and no credit than someone who has a ton more debt, but a higher credit score. You could pay cash for a car, but could get denied a credit application. JAM.

I think that until you are completely debt free and develop a really solid handle sticking to a budget, you should rock the cash envelope method and, in the absolute very least, cut up your credit cards. You don't have to cancel them; just cut them up for now.

But don't just cut it up and throw it in the trash. Here's an idea that Stace and I took from some good Old Testament. One of the biggest themes in Scripture, but especially in the Old Testament, is remembrance. You thought I was going to say "God is angry" didn't you? Nope. It's remembrance. God continually calls his people to remember all that he did for them because it's the memory of his goodness, kindness, mercy, and love that was meant to sustain his people when they felt as though he was distant or that he forgot them. Isn't that great and so true? Don't you have to sometimes lean on the memories you've created with your parents or your friends or your significant other to carry you through the tough times when you doubt their love and acceptance? I think that's a gift from God!

Anyway, one way that these memories were grounded in reality was through the creation of physical memorials, usually some set of stones or marker that would conjure up all those thoughts of the past. 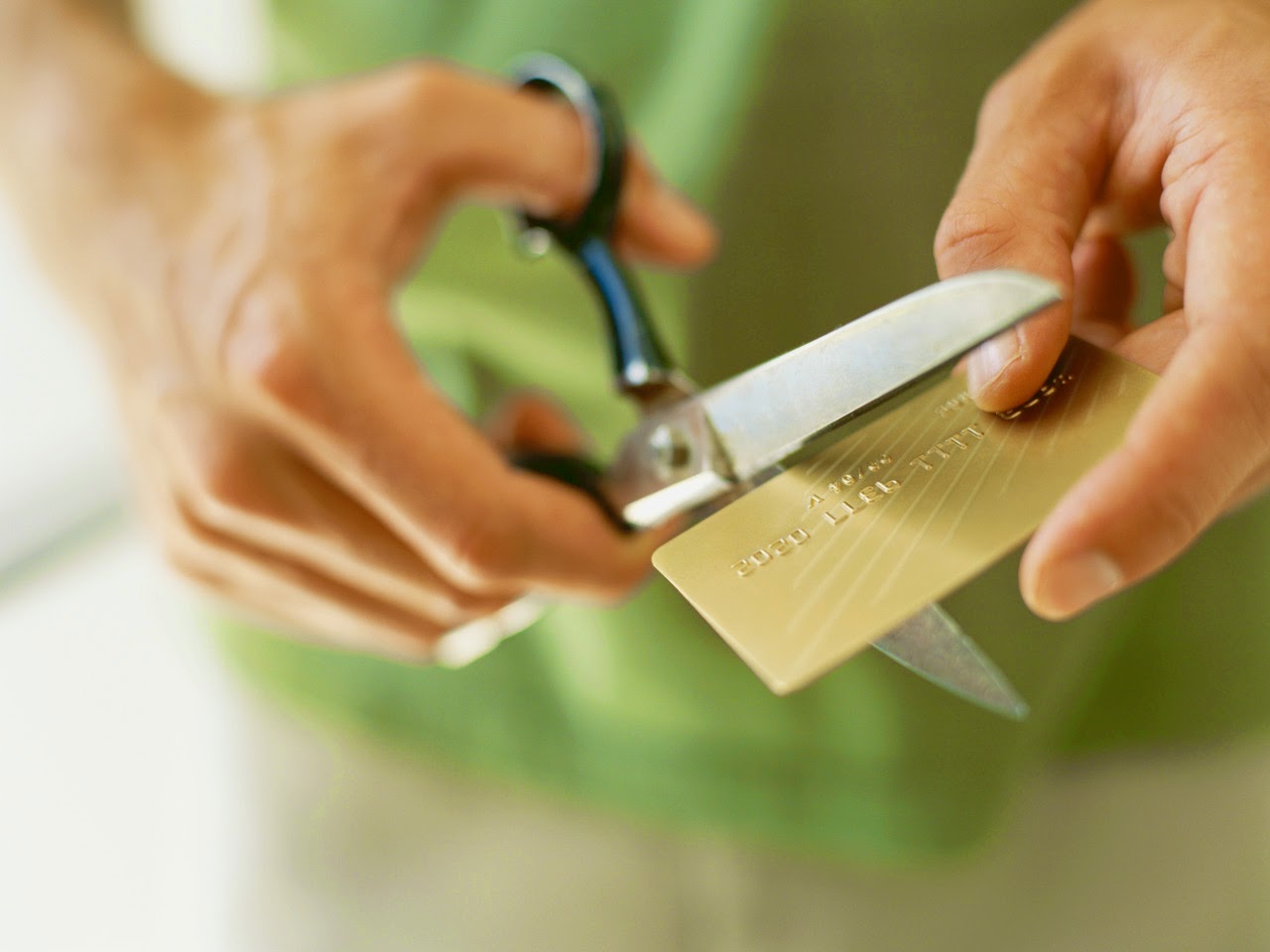 Stace and I decided to do something similar. If my external harddrive wasn't being such a punk, I'd share a picture. Instead, I'll just have to tell you. We decided to take one of the credit cards we used to use and cut it up. It was zebra print so you know it was mine...I mean Stacy's - Stacy's! We decided to frame it and add the Proverb "The borrower is slave to the lender" as a caption. It served to remind us -- especially when cash was tight and we just wanted to grab some ridiculously good thai food and pay for it later -- that if we have any debt we are always slaves to someone else. We hung it up by our desk for those times when I would actually sit there to do the budget.

Disclaimer: If you do this, and if you haven't canceled the card, just don't put them numbers up there for some sneaky creep to steal that info!

The Envelope System Requires Calculus?
Not gonna lie here: the cash envelope system can be a pain. If you have a lot of categories you're using, it's hard to keep track. Sometimes you want to exchange money from one for another; sometimes you have to deposit some because you used your debit card on Amazon to purchase socks. And sometimes it can be just like calculus trying to divvy out all that dough from your paycheck into envelopes. At least that's what it might feel like for the Free Spirit. Let me explain.

I got the bright idea to ask Stace to start taking our cash out of the ATM and putting it into the respective envelopes. I thought I had helped her as much as I could to make this happen. One day, I came home from work, whistling. I'm sure I was whistling a tune. All Stace had to do was go to the ATM, take out the cash, and do her thang. Now was her time to shine in getting that cash in right. As I was whistling "My Girl"I walked to the bedroom. There I found my lovely wife hard at work. As I got closer, I saw that all the envelopes were on the bed, cash was in piles, and she was pounding away at the calculator trying to figure it all out. But this was no ordinary calculator. This was the vaunted TI-83. You remember that bad boy? It has like 6,000 buttons on it and I'm pretty sure you could launch a rocket with it or at least program it so you could play Super Mario Bros. or Drug Wars in Chemistry class. I think she thought I was an angel when I walked in because she was so relieved. Somehow $60 vanished and my memory might be a bit off, but I believe she had pesos.

Moral of the story: Don't give a Free Spirit a Nerd's job.