Have you seen the new Apartments.com commercials? The first one aired several weeks ago, during the Academy Awards, I believe. Each ad features Jeff Goldblum as Bill Bellflower, the "Silicon Valley Maverick." Perfectly casted, he's rocking the rimmed glasses and slick hair, looking like what all the future hipsters might be like. His attire is all black, including a black turtleneck reminiscent of Steve Jobs, and each time he talks he sports a Brittany Spears mic acting as though he's giving the type of keynote speech we've all grown accustomed to with Apple, Microsoft, and TED Talks, using visionary terms like, "Web 5.0" and the "Apartminternet." 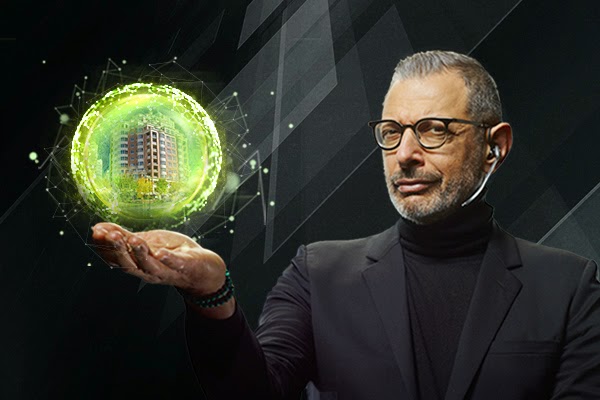 It's blatantly obvious and brilliant.

The best part of it all is the tagline that's like a supersaturated sponge dripping with satire:


Change your apartment. Change the world.

Every time I watch some new version of the ad, I crack up at that consistent tagline coming out of Goldblum's mouth in that nerdy nasally tone, almost like an older, slightly mellowed Steve Urkel, "Change your apartment, change the werrrld.

I love this ad for two reasons. First, even though Stace and I already have an apartment, I visited the site. It made me want to check it out and see what's offered. All in all, it's a clean, simple website with a good number of features that make the apartment hunting experience as pleasant as it can be. These ads would be an utter failure if it didn't accomplish the purpose of getting traffic to the site.

It goes without saying that when you change your apartment you are not changing the world. If you do believe you're changing the world with that decision, may I suggest a place that has nice padded walls? But this is the beauty: when it actually is said, it calls out all the other silly ways we've been convinced that basic, everyday decisions, are changing the world.

It seems like we can't go a day without being told that this product, that decision, this action, that donation will change the world. You and I are harassed and bullied into this story and get crushed with guilt when we aren't making some kind of impact. Unless you aren't somehow changing the world your life is meaningless. So you decided to buy that all natural shampoo or you start eating cage free eggs or your company purchases the software has "revolutionized" the industry, yet those storytellers will somehow convince you are that you aren't doing enough.

Can I ask you something? What would happen if you rejected that narrative, that story telling you that you have to be a world-changer in order to be human? What if you were just an ordinary person and found contentment in that?