Mondays Are for Money: Budget for Giving 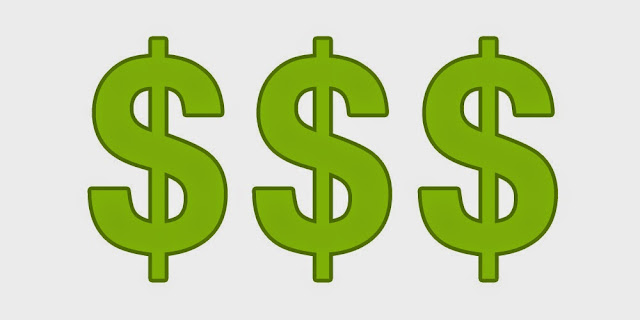 "It is more blessed to give than to receive."

These words by Jesus not only sound good in theory, but ring true in personal experience. No other example needs to be provided other than comparing the joy you had when you received a gift with the joy you had when you've given a gift to someone. Often the joy is so much sweeter when you know that the gift you gave wasn't out of some mere obligation, but required thought and perhaps sacrifice to give it.

I want to apply this specifically to charitable giving. When most of us receive a paycheck, we tend to have this kind of mentality: "I need money for my living expenses, then I should save a little bit of it, and whatever I have left, I will give." This kind of thinking seems to be backed up by statistics about giving in our country. According to Charity Navigator, Americans give only about 3% of their income, "a percentage that hasn't changed in decades." This is an average, though it actually fluctuates depending on income in ways we might not expect. The National Center for Charitable Statistics (NCCS) adds that the percentage stays below 4 percent for households with higher incomes until those incomes reach the millions. For households with incomes between $45-50K, 4% of their income was for charitable giving while households with incomes between $100-200K, the percentage drops to 2.6. Nevertheless, regardless of income, giving tends to be the last thing most households consider when budgeting.

But what if we started to flip the script? Sure, the money that we work for is hard-earned. It's hard-earned, right...? We should be able to take our hard-earned money and do whatever we want with it. Yup. I completely agree. So if Jesus' words are true, and if we've experienced them first-hand, is it possible that we could actually want to give more than receive? And if that's true, what if we set our budgets up like that?

Here's what I mean and it's been said in similar ways by people much smarter than me. Instead of the thinking "live, save, and give what's left," we flip it complete and think, "give, save, and live off the rest." What if the first thing we budget for each month is how much we will give to charity? Is it possible that the percentage would go up? And if it goes up, doesn't that mean there are more funds to go to neighborhood donation centers, disaster relief funds, orphan projects, churches.

You'd be surprised at how comfortably you could still live after you set aside both giving and savings first before you start budgeting for living. And not only are you still comfortable, chances are you probably are living with more joy than ever before too.

Editorial Note: This is one of those times where I wish I had more than 30 minutes. This post feels like it's missing a lot, but it's all the time I've got. I want to share more from my personal experience in giving, but I'm also curious to know if you think I'm crazy. Do you already do this, budget for giving first? If not, does it sound far-fetched or impossible? Let me know.
Posted by Unknown at 10:05 PM