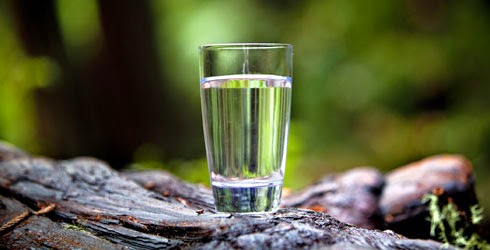 In all of my jobs, we have always stated a set of core values for our organization or company. Each one had its own twist, but these values were meant to represent the heart of those places and the values were to be reinforced with every decision made. In some cases that was true, but whether or not they lived out of their stated values, every organization that exists functions out of some kind of values, whether stated or not.

You've probably had something similar in your jobs, but have you given much thought or time to your own core values as a person? Have you ever asked yourself what truly motivates you and leads you to make the decisions you make? For values are nothing more than what we cherish, hold dear, and in some instances long for; but that feeling, or understanding, or sense of knowing actually leads to action. True values always have an action-orientation. So, saying you value honesty, but regularly lie, shows you really don't value honesty; you just say you do. Have you ever considered if there is one in that list that seems to stand out or be expressed more than all the others?

I want to take the short time I have here to share what I know to be the primary core value in the set of all other values I hold. I guess I'm hoping that in doing so, it will give you pause and lead you to consider not only the values you have for perhaps you've never taken stock, but what might be the deepest held value out of all of them. This, I have to be believe, is something important all of us should be doing, especially in a world today that fights to keep us from thinking about such matters by tempting us regularly with YouTube videos of cats.

So what is my core value? It's integrity. It's a popular one to list in a set of stated values, often in some of the most corrupt organizations, sadly. The word integrity, for me, contains a sense of righteousness, but not the kind that puffs up one's self with an "I'm better than you" attitude, though, to be honest, on bad days that can come out. But what I mean is the sense of doing the right thing, even when it's unpopular or even when nobody else knows that's what I'm doing. It's doing the right thing because it's the right thing.
With that too, then, is a notion of purity and simplicity. Consider a glass of crisp, cold, clear water right next to you as you sit outside on a beautiful summer day. As you pick it up, the tiniest bug somehow finds its way right into you glass and begins to float right at the surface of the water. The integrity of your water has been compromised. Now, if you're like me, you'll just pick that tiny bug out and keep drinking, but no matter how much you try, you can't forget the bug and the thought of how good the water could have been gets at you.

My core value of integrity is by no means lived out everyday; in the truest way I can express, I am not perfect. But I am motivated everyday by it, both in success and failure, because I long to be like my Lord and God.
Posted by Unknown at 9:23 PM